When Windows 11 Is Released in Las Vegas, NSA will be there to support businesses across Las Vegas with Windows 11.
Get A Free Initial IT Services Quote

With six years in service, Windows 10 is a successor to Windows 8 and Windows 8.1, designed to address shortcomings in the user interface in Windows 8. Unlike its predecessor, Windows 10 has various features, including a virtual desktop system, capabilities to run Windows Store apps in full-screen mode and return to the Start Menu. Besides, users can easily integrate Windows 10 as a free update instead of installing it as a new OS in their systems.

To make its operating systems even better, understandable, and more user-friendly, Microsoft introduced Windows 11, a successor to Windows 10. Like Windows 10, Windows 11 comes as a free upgrade, allowing individuals and businesses to integrate the new OS into their systems readily. But should businesses in Las Vegas consider upgrading to Windows 11? Read on to find out. 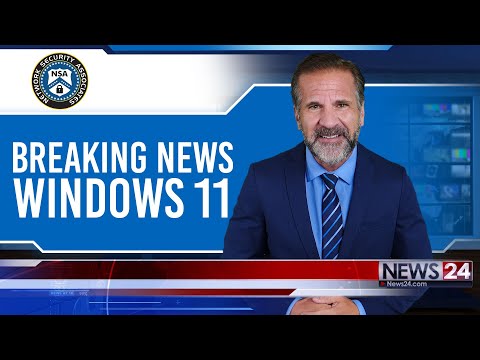 A Better Understanding of Windows 11

Since Windows 11 is an upgrade to Windows 10, the most noticeable difference is the user interface (UI). The Start Menu and Taskbar are in the center of the screen, resembling the macOS design, although a user can shift it to the left anytime. Generally, the user interface is more simplistic, intending to promote higher productivity. Windows 11 also comes with helpful under-the-hood upgrades, as well as improved multitasking capabilities and an option to set up multiple windows simultaneously.

The downside is that Windows 11 has some unusual minimum requirements, requiring hardware upgrades for selected businesses before it is fully integrated. Among these requirements is the hardware-based cryptoprocessor, Trusted Platform Module (TPM) 2.0. Because most Las Vegas enterprises use legacy hardware, most motherboards lack this feature. Other hardware considerations include a built-in Secure Boot and Hypervisor Code Integrity enabled by default.

Like previous Microsoft operating systems, individuals and businesses can use Windows 11 to facilitate various operations. According to Microsoft, the new OS is more powerful and highly consistent with any organization’s IT infrastructure. That said, here are the critical benefits of integrating Windows 11 into your Las Vegas business.

With multitasking capabilities, Windows 11 allows businesses to become more organized with Snap Layout and Snap Groups. Instead of switching between different windows, intending to complete specific tasks, you can easily create up to four task windows simultaneously and work more efficiently. This helps reduce employee cognitive workloads by simplifying and streamlining operations, ultimately maximizing productivity. If you have a fast-growing business, the new OS features an improved UI that enables your employees to achieve more in a short time.

With increasing cyber threats tailored towards small, medium-sized, and established organizations, Microsoft’s new OS aims at reducing and mitigating associated cyber risks with enhanced security features. For instance, 2020 saw thousands of businesses in the U.S. alone attacked by different forms of attacks, from ransomware to social engineering and malware. This called for more security of IT systems, including protection of crucial company and customer data.

Windows 11 comes with myriad built security options under the Zero Trust feature. Hence, businesses can easily enhance their systems against potential attacks using malware protection, encryption, hardware-based isolation, and more built-in security offered by the new OS. If your Las Vegas is among highly targeted enterprises, incorporating Windows 11 adds an extra layer of security that helps safeguard your files, including your entire IT infrastructure.

According to Microsoft, it is easier to migrate to Windows 11 since the new OS comes with familiar tools and is compatible with various applications. Besides, it is backed by App Assure, meaning the OS has built-in solutions to compatibility issues. The tech giant guarantees consistency when upgrading from Windows 10 to Windows 11 or installing Microsoft’s latest OS in your existing IT system. If you are already running Windows 10 in your IT department, it will be seamless to integrate Windows 11. Besides, users have a 10-day grace period to revert to their previous OS if they find Windows 11 unreliable and unsuitable in their operations.

With enhanced Microsoft team integration, Windows 11 offers effective online meetings right from the Taskbar. This enables your business to have a simplified video conference experience with share, mute and unmute options readily available on the Taskbar. Generally, increased collaboration promotes business productivity, enabling your employees, partners, customers, and third parties to communicate more effectively. It is also a suitable way to enhance interaction but in a friendlier and more accessible manner.

Most businesses embrace digital transformation to help streamline operations, better communication, and more. And in today’s remote and hybrid work era, business owners are looking for effective ways to secure, simplify and enhance productivity. Microsoft’s new OS focuses on achieving these goals by creating a unique working environment. And with hybrid work becoming part of businesses, both small and large, Windows 11 comes in handy. Generally, the OS is designed for hybrid and remote work, since your employees can use remote desktops to access your PC and complete various operations seamlessly.

Get Started with Windows 11 Today!

At Network Security Associates, we understand the value of having a productive, effective, and efficient operating system in your Las Vegas business. Our highly trained technical IT experts can help you get more insights into Windows 11 and get started more efficiently. For more information or to quickly integrate Microsoft’s new OS into your existing IT infrastructure, contact us or schedule a free consultation with us today!